Upon forming yet another list of cuts to remove from the collection, the Aston Martin One-77 was one of them, but I wasn't ready to let go of the metallic red recolour yet. Just at that moment, I remembered I had a few of those in a bucket of disassembled cars and could've simply put that one back together, keep that and sell off my whole set of unmodified Astons.
When this was put back together, I had made a decision to lower its ride height since it was unusually high for reasons unknown. A comparison photo is taken to show off the change. 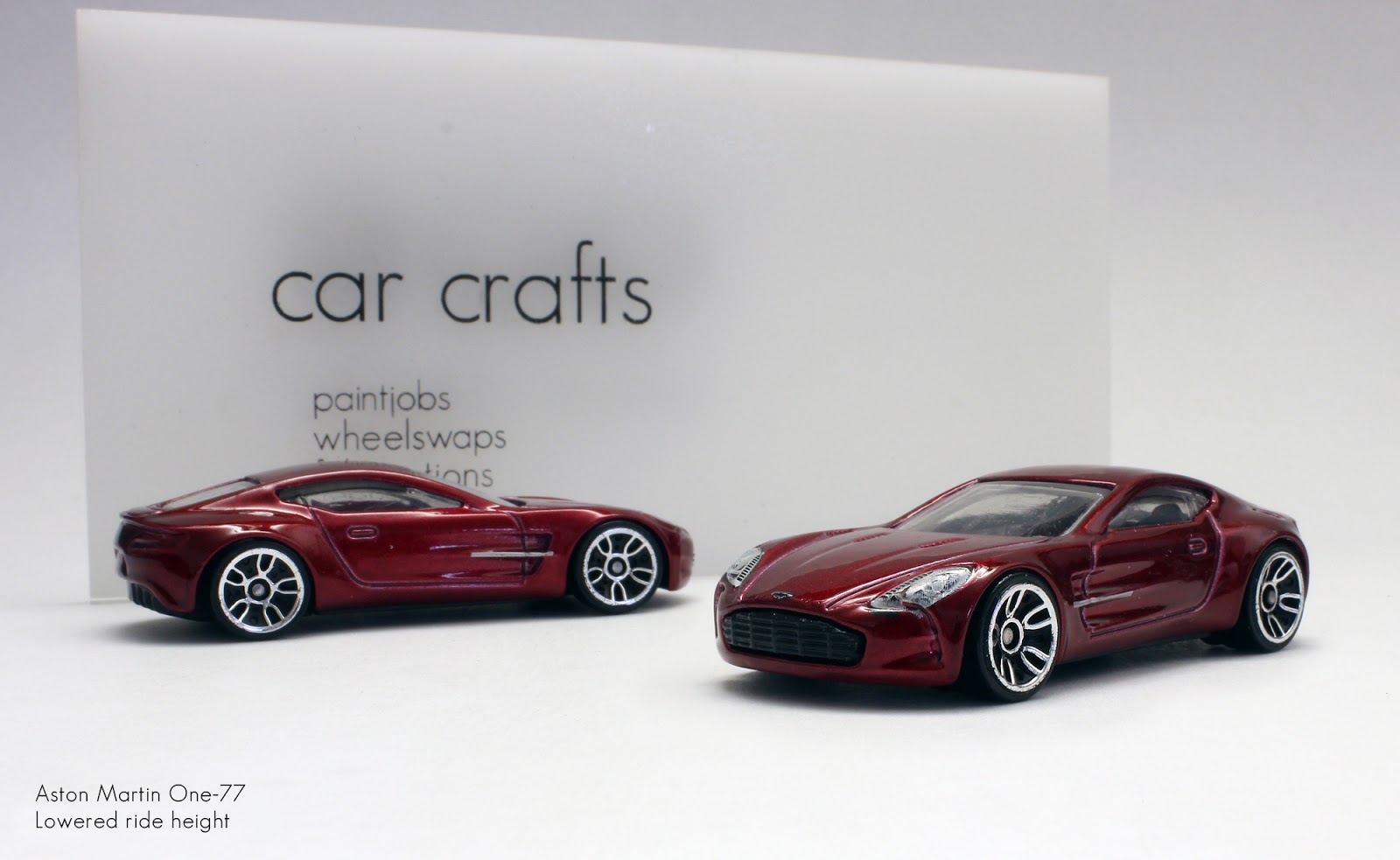 Brought those wheels closer to the fender. Can't say I'm not happy.
After that, I also took the liberty of reassembling a blue Hot Wheels Racing livery '66 Chevy Nova
which had originally been cut from the collection in January about a month later. 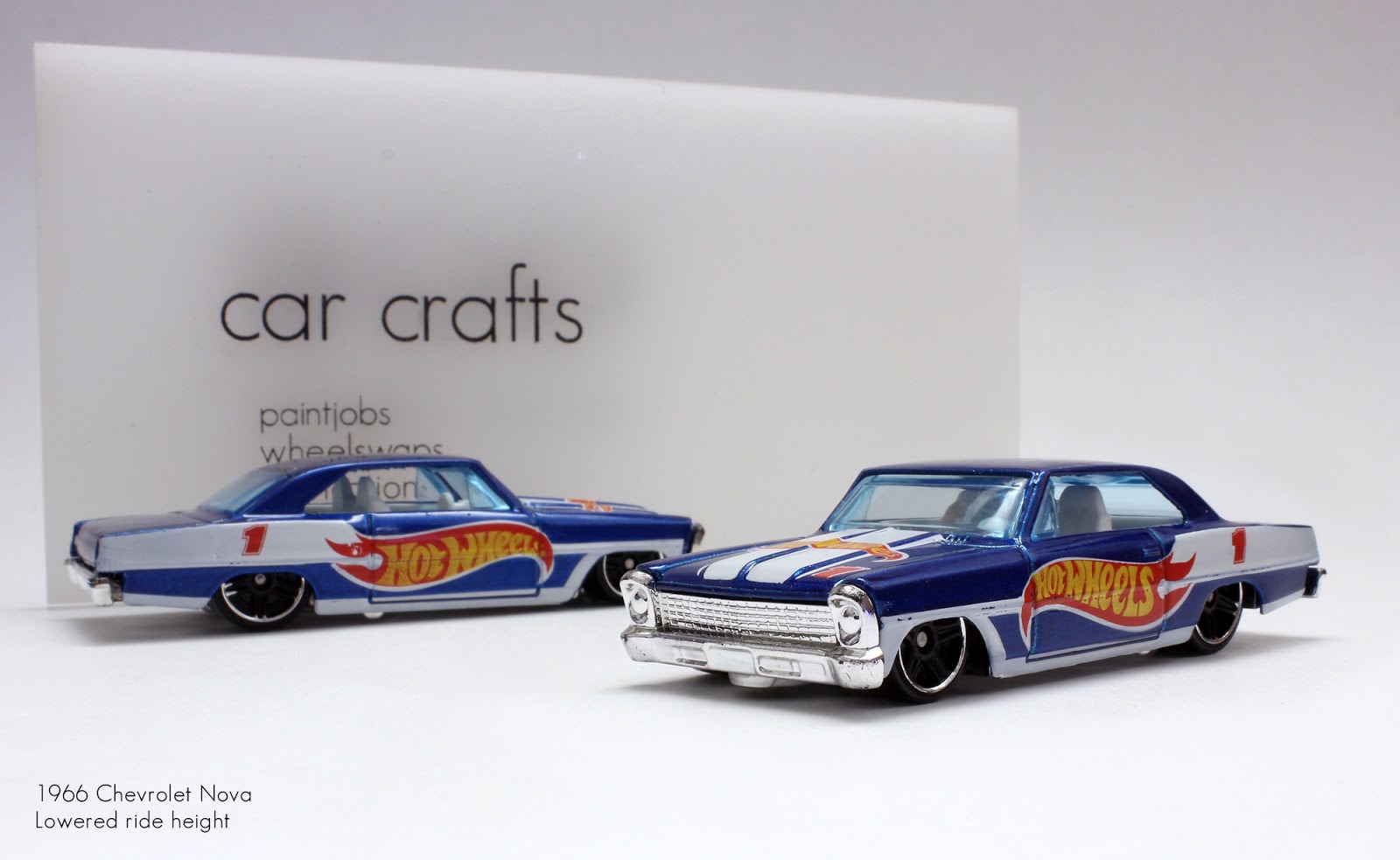 Come to think of it, I completely forgot the white Hot Wheels Racing livery
in the bin of donors. Will have to wait for next time.
at 5/22/2013

Email ThisBlogThis!Share to TwitterShare to FacebookShare to Pinterest
Labels: custom, lowered, nova, one-77